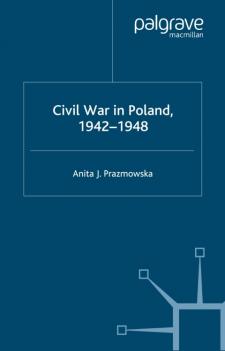 This challenging new work uses archival research to examine Poland's government in exile during the Second World War as it sought both to fight against the advances of Germany and the Soviet Union, and to prepare for the moment when it would once more be possible to establish a national Polish government. The author suggests that the Poles were as much at war with themselves throughout the war and in the years immediately following the end of hostilities as they were with the German and Soviet forces. Civil War in Poland, 1942-1948 contributes to the debate on the fate of Poland in this complex period, the origins of Communist regimes in Eastern Europe, and the process of transformation in Europe during and since the Second World War.