The Civil Wars after 1660 - Public Remembering in Late Stuart England 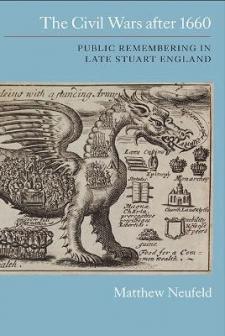 This book examines the conflicting ways in which the civil wars and Interregnum were remembered, constructed and represented in seventeenth- and eighteenth-century England. It argues that during the late Stuart period, public remembering of the English civil wars and Interregnum was not concerned with re-fighting the old struggle but rather with commending and justifying, or contesting and attacking, the Restoration settlements. After the return of King Charles II the political nation had to address the question of remembering and forgetting the recent conflict. The answer was to construct a polity grounded on remembering and scapegoating puritan politics and piety. The proscription of the puritan impulse enacted by the Restoration settlements was supported by a public memory of the 1640s and 1650s which was used to show that Dissenters could not, and should not, be trusted with power. Drawing upon the interdisciplinary field of social memory studies, this book offers a new perspective on the historical and political cultures of early modern England, and will be of significant interest to social, cultural and political historians as well as scholars working in memory studies.

Matthew Neufeld is Lecturer in early modern British history at the University of Saskatchewan, Canada.