On Civilization, Power, and Knowledge 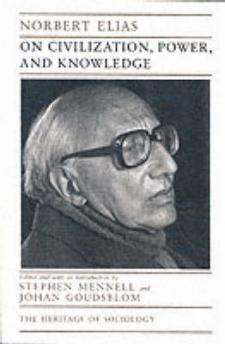 Nobert Elias (1897-1990) is described as one of the great sociologists of the 20th century. Born in Germany, Elias earned a doctorate in philosophy and then turned to sociology, working with Max Weber's younger brother, Alfred Weber, and with Karl Mannheim. He later fled the Nazi regime in 1935 and spent most of his life in Britain. He is best known for his book, "The Civilizing Process," wherein he traces the subtle changes in manners among the European upper classes since the Middle Ages, and shows how those seemingly innocuous changes in etiquette reflected profound transformations of power relations in society. He later applied these insights to a wide range of subjects, from art and culture to the control of violence, the sociology of sports, the development of knowledge and the sciences, and the methodology of sociology. This volume is a collection of Elias's most important writings, and includes many of his ideas. The development of Elias's thinking during the course of his long career is traced, along with a discussion of how his work relates to other major sociologists and how the various selections are interconnected.