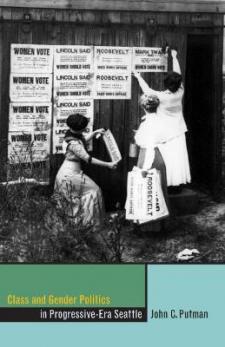 The dawn of the twentieth century saw enormous changes throughout the United States, reflecting technological advances, population growth, widespread industrialization, and the establishment of a national market economy. In the Far West, these changes, combined with the rapid westward expansion of advanced capitalism and the impact of national political and economic pressures, brought with them a period of violent conflict, social upheavals, and labor struggles. They also helped westerners define themselves, their values, and their relationship to the rest of the nation.Seattle was one of the western cities that boomed during this period. By the end of the nineteenth century, the city was home to several powerful and influential labor organizations, as well as a vibrant middle-class feminist movement. In this turbulent interface of class, gender, politics, and sometimes race, residents struggled to cope with a changing social order and with differing and at times conflicting visions of what the West was supposed to be.In this book, historian John C. Putman expands our understanding of the roles that gender and class played in the construction of progressive politics. ""Class and Gender Politics in Progressive-Era Seattle"" is essential to understanding the creation of the modern West and its regions.