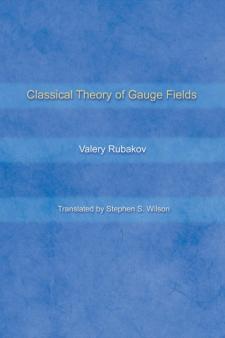 Based on a highly regarded lecture course at Moscow State University, this is a clear and systematic introduction to gauge field theory. It is unique in providing the means to master gauge field theory prior to the advanced study of quantum mechanics. Though gauge field theory is typically included in courses on quantum field theory, many of its ideas and results can be understood at the classical or semi-classical level. Accordingly, this book is organized so that its early chapters require no special knowledge of quantum mechanics. Aspects of gauge field theory relying on quantum mechanics are introduced only later and in a graduated fashion--making the text ideal for students studying gauge field theory and quantum mechanics simultaneously. The book begins with the basic concepts on which gauge field theory is built. It introduces gauge-invariant Lagrangians and describes the spectra of linear perturbations, including perturbations above nontrivial ground states. The second part focuses on the construction and interpretation of classical solutions that exist entirely due to the nonlinearity of field equations: solitons, bounces, instantons, and sphalerons. The third section considers some of the interesting effects that appear due to interactions of fermions with topological scalar and gauge fields. Mathematical digressions and numerous problems are included throughout. An appendix sketches the role of instantons as saddle points of Euclidean functional integral and related topics. Perfectly suited as an advanced undergraduate or beginning graduate text, this book is an excellent starting point for anyone seeking to understand gauge fields.