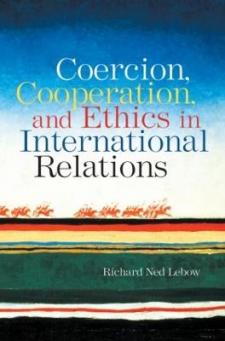 This volume brings together the recent essays of Richard Ned Lebow, one of the leading scholars of international relations and US foreign policy.

Lebow's work has centred on the instrumental value of ethics in foreign policy decision making and the disastrous consequences which follow when ethical standards are flouted. Unlike most realists who have considered ethical considerations irrelevant in states' calculations of their national interest, Lebow has argued that self interest, and hence, national interest can only be formulated intelligently within a language of justice and morality. The essays here build on this pervasive theme in Lebow's work by presenting his substantive and compelling critique of strategies of deterrence and compellence, illustrating empirically and normatively how these strategies often produce results counter to those that are intended. The last section of the book, on counterfactuals, brings together another set of related articles which continue to probe the relationship between ethics and policy. They do so by exploring the contingency of events to suggest the subjective, and often self-fulfilling, nature of the frameworks we use to evaluate policy choices.