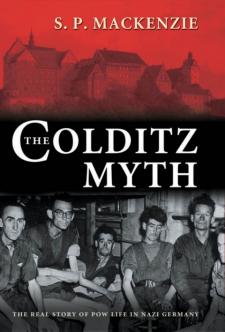 Though only one among hundreds of prison camps in which British servicemen were held between 1939 and 1945, Colditz enjoys unparalleled name recognition both in Britain and in other parts of the English-speaking world. Made famous in print, on film, and through television, Colditz remains a potent symbol of key virtues - including ingenuity and perseverance against apparantly overwhelming odds - that form part of the popular mythology surrounding the British wareffort in World War II. Colditz has played a major role in shaping perceptions of the POW experience in Nazi Germany, an experience in which escaping is assumed to be paramount and 'Outwitting the Hun' a universal sport. The story of Colditz has been told often and in a variety of forms but in this book MacKenzie chronicles the development of the Colditz myth and puts what happened inside the castle in the context of British and Commonwealth POW life in Germany as a whole. Being a captive of the Third Reich - from the moment of surrender down to the day of liberation and repatriation - was more complicated and a good deal tougher than the popular myth would suggest. The physical and mental demands of survivalfar outweighed escaping activity in order of importance in most camps almost all of the time, and even in Colditz the reality was in some respects very different from the almost Boy's Own caricature that developed during the post-war decades. In The Real Colditz MacKenzie seeks, for the first time, toplace Colditz - both the camp and the legend - in a wider historical context.