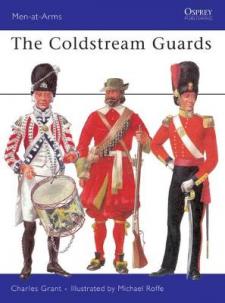 The Coldstream Guards is the oldest serving regular regiment in the British Army. First called "Monck's Regiment of Foot," the regiment was formed by Oliver Cromwell in 1650, and was later renamed the "Coldstream Guards" after the Scottish village where Monck assembled his troops before marching into London. In the years following the English Civil War, the troops saw action in the Napoleonic Wars, the Crimea, Egypt, Sudan and South Africa, and World Wars I and II. This book outlines the history of the Coldstream Guards from its inception to the end of World War II, detailing the uniforms and equipment of this prestigious unit.