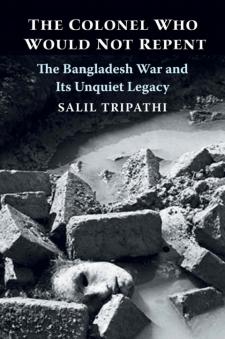 The Colonel Who Would Not Repent: The Bangladesh War and Its Unquiet Legacy

Af Salil Tripathi
0
Bangladesh was once East Pakistan, the Muslim nation carved out of the Indian Subcontinent when it gained independence from Britain in 1947. As religion alone could not keep East Pakistan and West Pakistan together, Bengali-speaking East Pakistan fought for and achieved liberation in 1971. Coups and assassinations followed, and two decades later it completed its long, tumultuous transition to parliamentary government. Its history is complex and tragic—one of war, natural disaster, starvation, corruption, and political instability.

First published in India by the Aleph Book Company, Salil Tripathi’s lyrical, beautifully wrought tale of the difficult birth and conflict-ridden politics of this haunted land has received international critical acclaim, and his reporting has been honored with a Mumbai Press Club Red Ink Award for Excellence in Journalism. The Colonel Who Would Not Repent is an insightful study of a nation struggling to survive and define itself.
313,13 kr.