A Companion to Friedrich Nietzsche 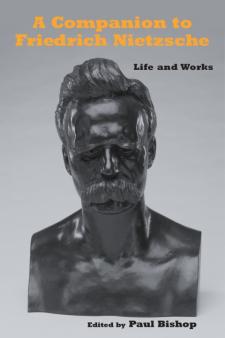 Nietzsche looms over modern literature and thought; according to Gottfried Benn, "everything my generation discussed, thought through innerly; one could say: suffered; or one could even say: took to the point of exhaustion -- allof it had already been said . . . by Nietzsche; all the rest was just exegesis." Nietzsche's influence on intellectual life today is arguably as great; witness the various societies, journals, and websites and the steady stream ofpapers, collections, and monographs. This Companion offers new essays from the best Nietzsche scholars, emphasizing the interrelatedness of his life and thought, eschewing a superficial biographical method but taking seriously his claim that great philosophy is "the self-confession of its author and a kind of unintended and unremarked memoir."
Each essay examines a major work by Nietzsche; together, they offer an advanced introduction for students of German Studies, philosophy, and comparative literature as well as for the lay reader. Re-establishing the links between Nietzsche's philosophical texts and their biographical background, the volume alerts Nietzschescholars and intellectual historians to the internal development of his thought and the aesthetic construction of his identity as a philosopher.

Paul Bishop is William Jacks Chair of Modern Languages at the University of Glasgow.