A Companion to Jorge Luis Borges 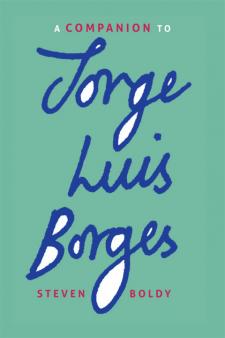 Jorge Luis Borges is one of the key writers of the twentieth century in the context of both Hispanic and world literature. This Companion has been designed for keen readers of Borges whether they approach him in English or Spanish, within or outside a university context. It takes his stories and essays of the forties and fifties, especially Ficciones and El Aleph, to be his most significant works, and organizes its material in consequence. About two thirds of the book analyzes the stories of this period text by text. The early sections map Borges's intellectual trajectoryup to the fifties in some detail, and up to his death more briefly. They aim to provide an account of the context which will allow the reader maximum access to the meaning and significance of his workand present a biographical narrative developed against the Argentine literary world in which Borges was a key player, the Argentine intellectual tradition in its historical context, and the Argentineand world politics to which his works respond in more or less obvious ways.

STEVEN BOLDY is Reader in Latin American Literature at the University of Cambridge.