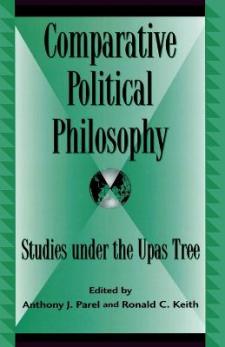 This Lexington Books edition of Comparative Political Philosophy brings back into print a volume that was one of the first to move beyond a Eurocentric bias in the study of political philosophy and provide a well-balanced critique of the perilous transition from tradition to modernity. The book is evidence of the benefits to be reaped from comparison, from a reading of Aristotle together with the Arthashastra, of Mahatma Gandhi with Eric Voegelin, of Voltaire with Confucius. Focusing on key texts from Chinese, Indian, Western and Islamic political philosophy, chapter authors both describe the very different contexts from which philosophic traditions arose and discover basic tenets they have in common. In a new introduction, editors Anthony J. Parel and Ronald C. Keith discuss the changes in political contexts since the book's first publication, and they underscore the increasing importance of the comparative approach.