Composing the Music of Africa 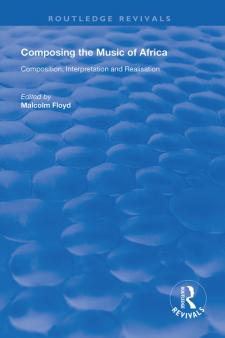 First published in 1999, this volume explores the great diversity of music created by African communities is reflected in this book, which discusses the ways in which a wide range of musical forms are composed and performed from Egypt to South Africa and from Ghana to Kenya. As two composers explain here, this diversity provides much inspiration for western contemporary composition. Particular attention is paid to the contexts generate musical creativity. Ceremonies and festivals celebrating birth, death, marriage or rites of passage provide the impetus for much composition and performance, enabling young people to pick up, early on, some of the techniques and styles of which they then become the new exponents. The book also looks at the role played by formal music education programmes and bodies such as the South African Music Rights Organization and the South African Broadcasting Corporation in fostering musical activity, as well as the contribution of composers to the social and political changes that have dominated South African life in recent years.