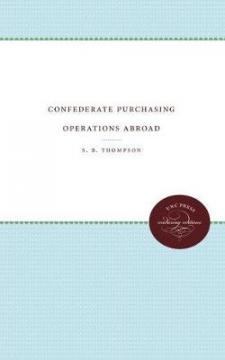 Thompson presents a complete account of the trade relations of the Confederacy with Europe and Mexico. The original plan to purchse supplies in Europe was faulty in many respects. With the formulation of a new plan of operation the way was cleared for the South to negotiate a large foreign loan. The discussion leads up to the unanswerable question: would the war have ended in southern defeat if the new plan had been adopted before the last year of the war? Originally published in 1935.