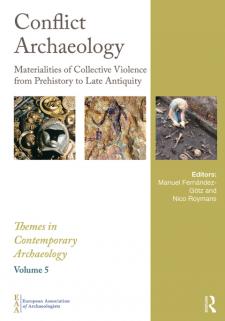 In the past two decades, conflict archaeology has become firmly established as a promising field of research, as reflected in publications, symposia, conference sessions and fieldwork projects. It has its origins in the study of battlefields and other conflict-related phenomena in the modern Era, but numerous studies show that this theme, and at least some of its methods, techniques and theories, are also relevant for older historical and even prehistoric periods. This book presents a series of case-studies on conflict archaeology in ancient Europe, based on the results of both recent fieldwork and a reassessment of older excavations. The chronological framework spans from the Neolithic to Late Antiquity, and the geographical scope from Iberia to Scandinavia. Along key battlefields such as the Tollense Valley, Baecula, Alesia, Kalkriese and Harzhorn, the volume also incorporates many other sources of evidence that can be directly related to past conflict scenarios, including defensive works, military camps, battle-related ritual deposits, and symbolic representations of violence in iconography and grave goods. The aim is to explore the material evidence for the study of warfare, and to provide new theoretical and methodological insights into the archaeology of mass violence in ancient Europe and beyond.