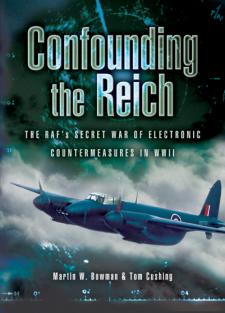 On 23 November 1943, 100 (Bomber Support) Group of RAF Bomber Command was formed. The object was to consolidate the various squadrons and units that had been fighting a secret war of electronics and radar countermeasures, attempting to reduce the losses of the heavy bombers-and their hard pressed crews-in Bomber Command. This secret war involved the use of air and ground radars, homing and jamming equipment, special radio and navigational aids, and intruding night-fighters to seek out and destroy their opposite numbers, the Ju 88s and Bf 110s of the Nachtjgdgeschwader who defended the night skies of the Third Reich with ever increasing success.The book contains many first-hand accounts from pilots and crew and provides a fascinating record of 100 Group's wartime history.