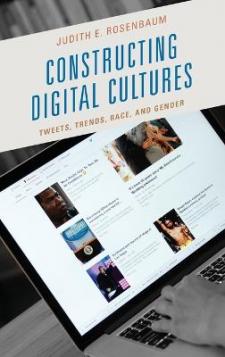 Announcing presidential decisions, debating social issues, disputing the latest developments in television shows, and sharing funny memes-Twitter has become a space where ordinary citizens and world-leaders alike share their thoughts and ideas. As a result, some argue Twitter has leveled the playing field, while others reject this view as too optimistic. This has led to an ongoing debate about the platform's democratizing potential and whether activity on Twitter engenders change or merely magnifies existing voices. Constructing Digital Cultures explores these issues and more through an in-depth examination of how Twitter users collaborate to create cultural understandings. Looking closely at how user-generated narratives renegotiate dominant ideas about gender and race, it provides insight into the nature of digital culture produced on Twitter and the platform's potential as a virtual public sphere. This volume investigates arenas of discussion often seen on Twitter-from entertainment and popular culture to politics, social justice issues, and advertising-and looks into how members of ethnic minority groups use and relate to the platform. Through an in-depth examination of individual expressions, the different kinds of dialogue that characterize the platform, and various ways in which people connect, Constructing Digital Cultures provides a critical, empirically based consideration of Twitter's potential as an inclusive, egalitarian public sphere for the modern age.