The Construction of European Identity among Ethnic Minorities 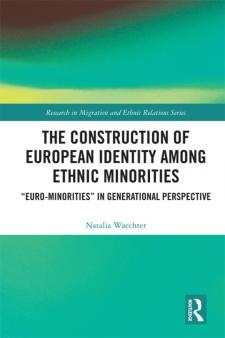 This book is concerned with European identities among ethnic minorities who live along the eastern border of the European Union. Based on findings from quantitative and qualitative empirical research conducted with minority groups in eight nation-states on both sides of the new eastern border of the EU, it investigates their attitudes and perceptions of the EU based on their constructions of European identity. Adopting a comparative approach, the author explores different processes of identity construction across several age and ethnic minority groups, to develop a theory of European identities in which ethnic identities can be seen as a missing link in explaining relationships between different national, regional and supranational identities. With new insights regarding the political, cultural and instrumental contents of European identity and its emergence, this volume will appeal to scholars of sociology and politics with interests in ethnic identity, European integration and identity research.