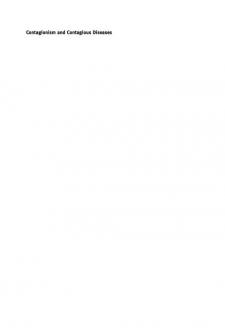 The idea of contagious transmission, either by material particles or by infectious ideas, has played a powerful role in the development of the Western World since antiquity. Yet it acquired quite a precise signature during the process of scientific and cultural differentiation in the 19th and early 20th centuries. This volume explores the significance and cultural functions of contagionism in this period, from notions of infectious homosexuality and the concept of social contagion to the political implications of bacteriological fieldwork. The history of the concept 'microbe' in aesthetic modernism is adressed as well as bacteriological metaphors in American literary historiography. Within this broad framework, contagionism as a literary narrative is approached in more focussed contributions: from its emotional impact in literary modernism to the idea of physical or psychic contagion in authors such as H.G. Wells, Kurt Lasswitz, Gustav Meyrinck, Ernst Weiss, Thomas Mann and Max Frisch. This twofold approach of general topics and individual literary case studies produces a deeper understanding of the symbolic implications of contagionism marking the boundaries between sick and healthy, familiar and alien, morally pure and impure.