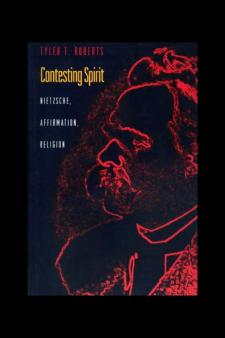 Challenging the dominant scholarly consensus that Nietzsche is simply an enemy of religion, Tyler Roberts examines the place of religion in Nietzsche's thought and Nietzsche's thought as a site of religion. Roberts argues that Nietzsche's conceptualization and cultivation of an affirmative self require that we interrogate the ambiguities that mark his criticisms of asceticism and mysticism. What emerges is a vision of Nietzsche's philosophy as the enactment of a spiritual quest informed by transfigured versions of religious tropes and practices.Nietzsche criticizes the ascetic hatred of the body and this-worldly life, yet engages in rigorous practices of self-denial--he sees philosophy as such a practice--and affirms the need of imposing suffering on oneself in order to enhance the spirit. He dismisses the &quote;intoxication&quote; of mysticism, yet links mysticism, power, and creativity, and describes his own self-transcending experiences. The tensions in his relation to religion are closely related to that between negation and affirmation in his thinking in general. In Roberts's view, Nietzsche's transfigurations of religion offer resources for a postmodern religious imagination. Though as a &quote;master of suspicion,&quote; Nietzsche, with Freud and Marx, is an integral part of modern antireligion, he has the power to take us beyond the flat, modern distinction between the secular and the religious--a distinction that, at the end of modernity, begs to be reexamined.