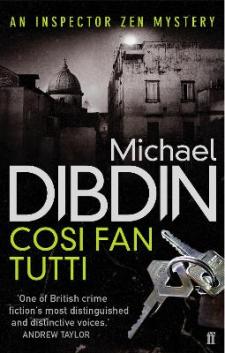 At this point there is a welcome touch of comedy as the man's feet appear above the tail-gate of the garbage truck. Clad in highly polished brogues and red-and-black chequered socks below which a length of bare white leg is just visible, they proceed to execute a furious little dance, jerking this way and that like puppets at a Punch and Judy show - possibly a knowing allusion to the commedia dell'arte, which of course originated in this city.

Inspector Zen has been posted to Naples in disgrace, where he is asked to oversee the clean-up of the city's corrupt authorities. Like the rest of Italy, Naples is concerned about its image and is trying to reform itself. Zen, however, finds that someone else is already at work. Corrupt politicians, shady businessmen and eminent members of the Italian Mafia are disappearing off the streets at an alarming rate and Zen must find out who is behind the murders.