Cosmopolitanism and the Evils of the World 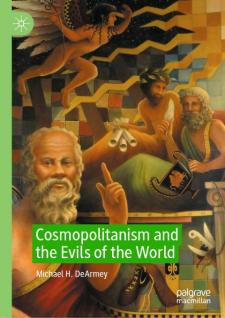 This book analyses five forms of transnational evils and offers cosmopolitan recommendations for reducing their occurrence.  With civilisation in crisis it is crucial, now more than ever, to attempt to mitigate the catastrophes that face us in the decades to come. In a compelling and frightening account of transnational evil, DeArmey identifies and explores in depth the dark side of human behaviour, from genocide, slavery, torture and terrorism, to the greatest disaster of our time: the worldwide destruction of the earth’s biosphere.    Building on Kant’s theory of a new world organisation designed to eliminate the evil of war and strengthen the world community, DeArmey develops a biotic and value-based theory of dignity, reconstructing a cosmopolitan world order that supports the Kantian theories of respect, care and hospitality. Cosmopolitan changes to the United Nations are proposed, including a bicameral assembly and, crucially, an environmental council with legal powers. In each chapter, cosmopolitan recommendations are made that will reduce the occurrence of the transnational evil in question; it is through these recommendations that the dignity and world citizenship of humanity can be protected and strengthened. Without them, we are headed towards the collapse of civilisation and mass extinction in the biosphere.