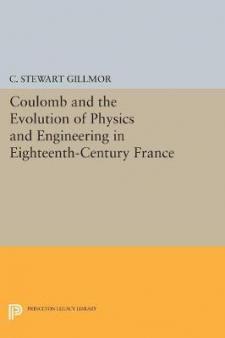 In a period of active scientific innovation and technological change, Charles Augustin Coulomb (1736-1806) made major contributions to the development of physics in the areas of torsion and electricity and magnetism; as one of the great engineering theorists, he produced fundamental studies in strength of materials, soil mechanics, structural design, and friction. Stewart Gillmor gives a full account of Coulomb's life and an assessment of his work in the first biography of this notable scientist. Originally published in 1972. The Princeton Legacy Library uses the latest print-on-demand technology to again make available previously out-of-print books from the distinguished backlist of Princeton University Press. These editions preserve the original texts of these important books while presenting them in durable paperback and hardcover editions. The goal of the Princeton Legacy Library is to vastly increase access to the rich scholarly heritage found in the thousands of books published by Princeton University Press since its founding in 1905.