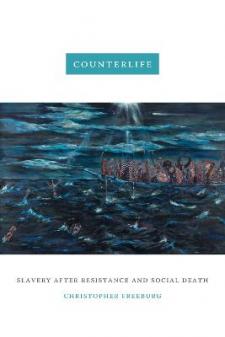 In Counterlife Christopher Freeburg poses a question to contemporary studies of slavery and its aftereffects: what if freedom, agency, and domination weren't the overarching terms used for thinking about Black life? In pursuit of this question, Freeburg submits that current scholarship is too preoccupied with demonstrating enslaved Africans' acts of political resistance, and instead he considers Black social life beyond such concepts. He examines a rich array of cultural texts that depict slavery-from works by Frederick Douglass, Radcliffe Bailey, and Edward Jones to spirituals, the television cartoon The Boondocks, and Quentin Tarantino's Django Unchained-to show how enslaved Africans created meaning through artistic creativity, religious practice, and historical awareness both separate from and alongside concerns about freedom. By arguing for the impossibility of tracing slave subjects solely through their pursuits of freedom, Freeburg reminds readers of the arresting power and beauty that the enigmas of Black social life contain.