The Crime of My Very Existence 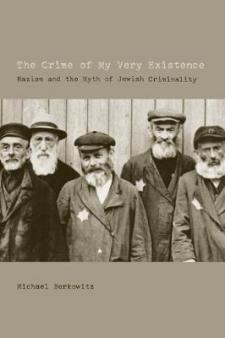 "The Crime of My Very Existence" investigates a rarely considered yet critical dimension of anti-Semitism that was instrumental in the conception and perpetration of the Holocaust: the association of Jews with criminality. Drawing from a rich body of documentary evidence, including memoirs and little-studied photographs, Michael Berkowitz traces the myths and realities pertinent to the discourse on "Jewish criminality" from the eighteenth century through the Weimar Republic, into the complex Nazi assault on the Jews, and extending into postwar Europe.