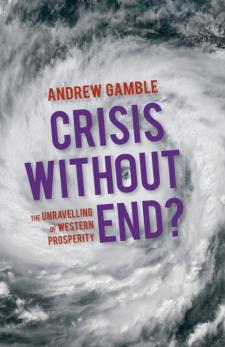 This major re-assessment by a leading political economist shows that the 2008 financial crash was no ordinary crisis, but the harbinger of a much deeper convulsion comparable to the major past crises of capitalism. While it is still uncertain whether it will become a transformative crisis for the international order, what we do know already is that:* While the crash particularly affected western states, and those unevenly, no part of the international economy is immune from its effects.* While the immediate crisis was contained, its magnitude is shown by how long it has taken western economies to recover, and by the need for exceptional measures, such as near-zero interest rates over a prolonged period.* There is not a single crisis, but a series of crises, highlighting in particular a deeper set of dilemmas about western leadership, democracy and prosperity which unless addressed, will preclude sustained recovery and pave the way to new and deeper crises.Andrew Gamble maps out likely scenarios in a turbulent world in which the weakening of the old western international order as a result of the decline in the capacities and will of the United States combine with internal deadlocks in both the US and the Eurozone over the management of austerity and debt and in many of the rising powers, especially China, over the management of growth and rising expectations. The path to a new era of prosperity depends on a reformed international order, solutions to budget as well as fiscal deficits, and new forms of sustainable growth. But these demand a political will so far notable by its absence at all levels without which there is little prospect of escape from a future of crisis without end.