Critical Theories of Mass Media: Then and Now 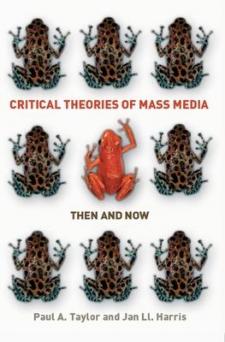 "This is a welcome critical corrective to complacent mainstream accounts of the media's cultural impact".
Prof. Slavoj Zizek, International Director of the Birkbeck Institute for the Humanities at Birkbeck, University of London"A powerful and highly engaging re-assessment of past critical thinkers (including those not normally thought of as critical) in the light of today's mediascape".
Jorge Reina Schement, Distinguished Professor of Communications, Penn State UniversityWith the exception of occasional moral panics about the coarsening of public discourse, and the impact of advertising and television violence upon children, mass media tend to be viewed as a largely neutral or benign part of contemporary life. Even when criticisms are voiced, the media chooses how and when to discuss its own inadequacies. More radical external critiques are often excluded and media theorists are frequently more optimistic than realistic about the negative aspects of mass culture.This book reassesses this situation in the light of both early and contemporary critical scholarship and explores the intimate relationship between the mass media and the dis-empowering nature of commodity culture. The authors cast a fresh perspective on contemporary mass culture by comparing past and present critiques. They:

Outline the key criticisms of mass culture from past critical thinkers Reassess past critical thought in the changed circumstances of today Evaluate the significance of new critical thinkers for today's mass culture
The book begins by introducing the critical insights from major theorists from the past - Walter Benjamin, Siegfried Kracauer, Theodor Adorno, Marshall McLuhan and Guy Debord. Paul Taylor and Jan Harris then apply these insights to recent provocative writers such as Jean Baudrillard and Slavoj Zizek, and discuss the links between such otherwise apparently unrelated contemporary events as the Iraqi Abu Ghraib controversy and the rise of reality television.Critical Theories of Mass Media is a key text for students of cultural studies, communications and media studies, and sociology.