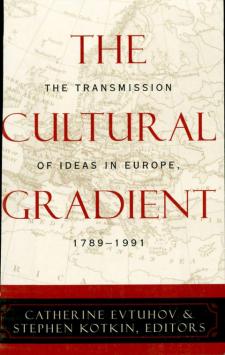 Is there a sharp dividing line that separates Europe into 'East' and 'West'? This volume brings together prominent scholars from the United States, Canada, France, Poland, and Russia to examine the evolution of the concept of Europe in the two centuries between the French Revolution and the collapse of the Soviet Union. Inspired by the ideas of Martin Malia, the contributors take a flexible view of the 'cultural gradient'—the emergence, interaction, and reception of ideas across Europe. The essays address three dimensions of the gradient—the history of ideas, regimes and political practices, and the contemporary political and intellectual scene. In exploring the movement of ideas throughout Europe, The Cultural Gradient brings a new historical perspective to the field of European studies.