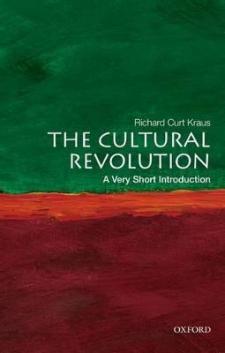 China's decade-long Great Proletarian Cultural Revolution shook the politics of China and the world. Even as we approach its fiftieth anniversary, the movement remains so contentious that the Chinese Communist Party still forbids fully open investigation of its origins, development, and conclusion. Drawing upon a vital trove of scholarship, memoirs, and popular culture, this Very Short Introduction illuminates this complex, often obscure, and still
controversial movement. Moving beyond the figure of Mao Zedong, Richard Curt Kraus links Beijing's elite politics to broader aspects of society and culture, highlighting many changes in daily life, employment, and the economy. Kraus also situates this very nationalist outburst of Chinese radicalism within a global
context, showing that the Cultural Revolution was mirrored in the radical youth movement that swept much of the world, and that had imagined or emotional links to China's red guards. Yet it was also during the Cultural Revolution that China and the United States tempered their long hostility, one of the innovations in this period that sowed the seeds for China's subsequent decades of spectacular economic growth.