Culture and the Media 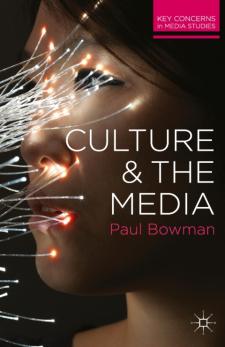 Culture and the Media looks at the relationship between what we term 'media' and 'culture', asking the question: where does one end and the other begin? Written in a lively and accessible style, this book introduces and contextualises the range of different approaches to the study of both of these fields.Using a lively range of examples and case studies - including moral panics in the British media around punk rock in the 1970s, critiques of consumerism in the films Fight Club and American Psycho, and the YouTube-captured 'violence' of protests against student fees Culture and the Media shows how theoretical and disciplinary debates over the meaning of the media and culture relate to our everyday cultural experiences. PAUL BOWMAN teaches media and cultural studies at Cardiff University. His other books include: Interrogating Cultural Studies (2003), The Truth of i ek (2006), Post-Marxism versus Cultural Studies (2007), Deconstructing Popular Culture (2008), Theorizing Bruce Lee (2010), The Rey Chow Reader (2010), Reading Ranci re (2011), and Beyond Bruce Lee (2013).Key Concerns in Media StudiesSeries Editor: Andrew Crissell