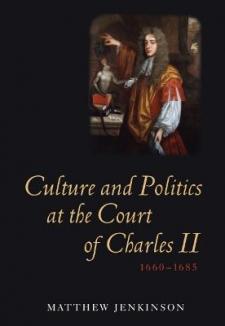 The reconstitution of the royal court in 1660 brought with it the restoration of fears that had been associated with earlier Stuart courts: disorder, sexual liberty, popery and arbitrary government. This book - the first full examination of its subject - illustrates the ways in which court culture was informed by the heady politics of Britain between 1660 and 1685. In political theory and practice the decades that preceded and included Charles II's reign witnessed profound interrogation of British kingship. Individuals at the heart of royal government - court preachers, poets, playwrights, courtesans, diplomats, and politicians - were assertive participants in this scrutiny. This book looks beyond the prurient interest in the sexual antics of Restoration courtiers that has characterised previous works. It engages in a genuine and sophisticated attempt to show how the complex dynamics of Charles II's court culture ran beneath the surface of show and ceremony. Ultimately it shows that the attempts to stabilise and strengthen the Stuart monarchy after the Restoration of Charles II were undercut by the cultural materials emanating from the royal court itself.