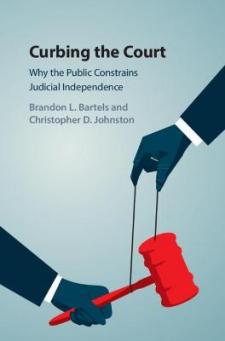 What motivates political actors with diverging interests to respect the Supreme Court's authority? A popular answer is that the public serves as the guardian of judicial independence by punishing elected officials who undermine the justices. Curbing the Court challenges this claim, presenting a new theory of how we perceive the Supreme Court. Bartels and Johnston argue that, contrary to conventional wisdom, citizens are not principled defenders of the judiciary. Instead, they seek to limit the Court's power when it suits their political aims, and this inclination is heightened during times of sharp partisan polarization. Backed by a wealth of observational and experimental data, Bartels and Johnston push the conceptual, theoretical, and empirical boundaries of the study of public opinion of the courts. By connecting citizens to the strategic behavior of elites, this book offers fresh insights into the vulnerability of judicial institutions in an increasingly contentious era of American politics.