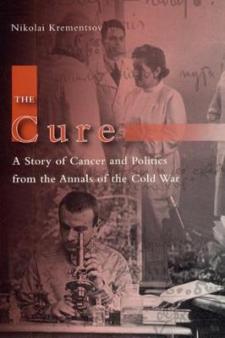 Did America try to steal Soviet "cancer secrets"? And how could a cancer cure turn into a "biological atomic bomb"? Nikolai Krementsov's compelling tale of cancer and politics is the story of a husband-and-wife team who developed a promising anti-cancer treatment in Stalin's Russia, only to see their discovery entangled in Cold War rivalries, ideological conflict, and scientific turf wars. In 1946, Nina Kliueva and Grigorii Roskin announced the discovery of a preparation able to "dissolve" tumors in mice. Preliminary clinical trials suggested that KR, named after its developers, might work in humans as well. Media hype surrounding KR prompted the US ambassador to the Soviet Union to seek US-Soviet cooperation in perfecting the possible cure. But the escalating Cold War gave this American interest a double edge. Though it helped Kliueva and Roskin solicit impressive research support from the Soviet leadership, including Stalin, it also thrust the couple into the centre of an ideological confrontation between the superpowers.
Accused of divulging "state secrets" to America, the couple were put on a show trial, and their "antipatriotic sins" were condemned in Soviet stage and film productions. Parlaying their notoriety into increased funding, Kliueva and Roskin continued their research, but envious colleagues discredited their work and took over their institute. For years, work on KR languished - and it ceased entirely with the deaths of Kliueva and Roskin. But recently, the Russian press reported that work on KR has begun again, reopening this illuminating story of the intersection among Cold War politics, personal ideals and biomedical research.