Cybernetics of Prejudices in the Practice of Psychotherapy 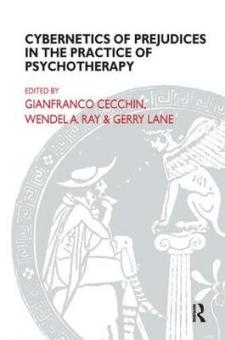 Two central ideas have become part of the orthodoxy of modern family therapy thinking. The first is that the therapist is part of the system he or she observes, and the second is that the therapist and family create a co-evolving reality through their interactions until now. No one has described the process by which these concepts are played out in the course of therapy. Cecchin, Lane and Ray are opening the way for a new field of enquiry in psychotherapy. In this book the authors identify the therapist's values and beliefs which they describe as prejudices, then they identify the equivalent prejudices held by the family, and finally they trace the ways a prejudice from one side affects the other and is, in turn, affected by the other. The book is a blend of theoretical discussion supported by case examples from therapy and the world at large. Readers of this book will discover values about themselves which guide their therapy but have long since been rendered to some unconscious realm: values about certainty, control, accountability and the search for understanding.