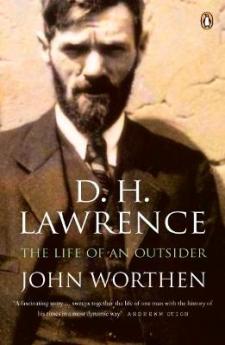 D. H. Lawrence: The Life of an Outsider is an illuminating and clear-sighted portrait of one of the twentieth century's most brilliant, radical and misunderstood writers.

John Worthen follows Lawrence's from his awkward and intense youth in Nottinghamshire, through his turbulent relationship with Frieda and the years of exile abroad to his premature death at the age of 44. His account is an intimate and absolutely compelling reappraisal of a man who believed himself to be an outsider, in angry revolt against his class, culture and country, and who was engaged in a furious commitment to his writing and a passionate struggle to live according to his beliefs.