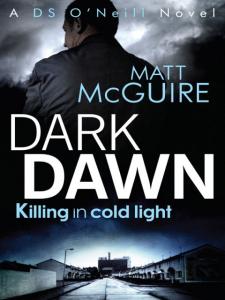 Belfast. January 2005. Acting Detective Sergeant John O'Neill stands over the body of a dead teenager. The corpse was discovered on the building site of a luxury development overlooking the River Lagan. Kneecapped then killed, the body bears the hallmarks of a punishment beating. But this is the new Northern Ireland - the Celtic Tiger purrs, the Troubles are over, the paramilitaries are gone. So who is the boy? Why was he killed? O'Neill quickly realises that no one cares who the kid is - his colleagues, the politicians, the press - making this case one of the toughest yet. And he needs to crack this one, his first job as Principle Investigator, or he risks ending up back in uniform. Disliked by the Chief Inspector and with his current rank yet to be ratified, O'Neill is in a precarious position. With acute insight, Matt McGuire's cracking debut exposes the hidden underbelly of the new Northern Ireland, a world of drug dealing, financial corruption and vigilante justice.