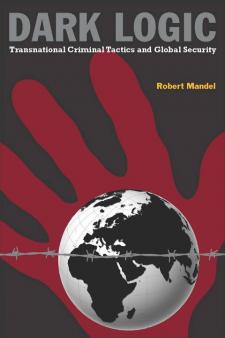 Since the end of the Cold War, transnational non-state forces have been a major source of global instability, with many ominous and disruptive flows of people, goods, and services moving readily across international boundaries. And because these activities are so multifaceted and so intertwined within the fabric of society, they remain largely invisible until the intrusion is well-advanced and difficult to reverse. Thus, the threat posed by transnational organized crime ultimately undermines the total security of countries—including the economic, cultural, and political dimensions—and now presents an international security challenge of staggering proportions. Surprisingly, no single book so far has fully addressed the scale of this threat to global stability from an international security perspective. In an attempt to rectify that failure, Dark Logic examines in depth when and how transnational organized crime is likely to use corruption and violence to achieve its ends, and when and how these criminal activities most affect individual and state security. Even more important, it pinpoints when and how the negative consequences of these tactics and activities can be most successfully combated. In so doing it provides a unique lens for analyzing today's global security dilemmas. Given that the threat associated with transnational organized crime can endanger all citizens—from policy makers and security analysts to students, scholars, and the "man and woman on the street"—this book is written in an intelligible and jargon-free style to make it accessible to anyone interested in the ever-growing catalog of threats to national and international security.