A Dark Page in History 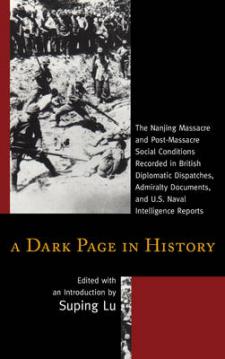 On December 13, 1937, Japanese troops captured China's former capital, Nanjing. The events that followed became known as the Rape of Nanking, or the Nanjing Massacre, which, with its magnitude and brutality, shocked the civilized world. Mass executions, rampant raping, wholesale looting, and widespread burning went on for weeks.

After the worst of the atrocities was over, three American diplomats were allowed to return to the fallen city on January 6, 1938. Three days later, British Consul Humphrey Ingelram Prideaux-Brune, Military Attache William Alexander Lovat-Fraser, and Air Attache J. S. Walser, along with German diplomats, arrived in Nanjing on the HMS Cricket to reopen the British Embassy.

The British diplomats continuously sent out dispatches reporting local conditions before and after their arrival. These documents form a consistent and reliable record of the massacre, its aftermath, and the general social conditions in the months that followed. This book contains a collection of British diplomatic documents, Royal Navy reports of proceedings, and US naval intelligence reports. A Dark Page in History examines these newly unearthed documents that enhance our knowledge and understanding of the scope and depth of the tragedy in Nanjing.