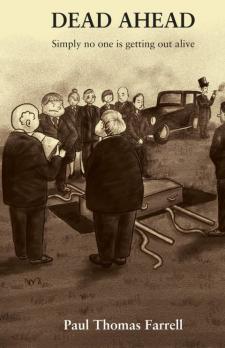 With the unstoppable onslaught of large corporations taking over independent funeral directors, this story tells of one such independent funeral director in London who is determined to unload his funeral homes onto the Norwegian private equity company Steiffen-Koch, which is offering big krone for a piece of the UK funeral market. Winston Clodpense Rott’s whole work force face an uncertain future until the shenanigans of a local crime lord and two bungling cremation superintendents bring about a startling change. Rott’s team, led by Douglas Deeler, comprises a host of dysfunctional and disgusting characters, all of who, despite their hygiene and habit issues, become the core players in this wry, tongue-in-cheek glimpse into the world of dealing with the dead.