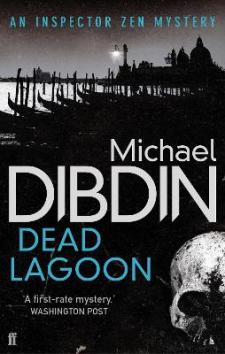 When the man in white appeared, blocking his path, Giacomo felt a brief surge of relief at the thought that he was no longer alone. Then he remembered where he was, and terror rose in his throat like vomit.

Aurelio Zen returns to his native Venice to investigate the disappearance of a rich American resident but he soon learns that, amid the hazy light and shifting waters of the lagoon, nothing is what it seems. As he is drawn deeper into the ambiguous mysteries surrounding the discovery of a skeletal corpse on an ossuary island in the north lagoon, he is also forced to confront a series of disturbing revelations about his own life.

If you enjoyed the Inspector Zen Mystery series you may also like The Last Sherlock Holmes Story, another crime novel by Michael Dibdin.