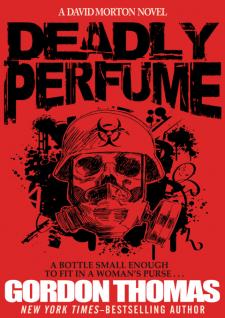 In this breakneck thriller, the New York Times–bestselling author introduces Mossad agent David Morton—a man as dangerous as the terrorists he hunts.   In the aftermath of the 1990-1991 Gulf War, a megalomaniac terrorist holds the world hostage, threatening to poison every major city with a deadly virus. He has the means—a form of anthrax capable of wiping out millions in minutes—and demonstrates its potency by adding a small vial of it to the drinking water in a small South African town, killing all of the inhabitants. With only seven days to meet his demands, the world’s leaders call on David Morton, a brilliant and ruthless Mossad agent. The result is a tense global chase, leading from China to Athens, London, Libya, South Africa, Tel Aviv, and New York, drawing good and evil closer and closer in a battle to the death.   Deadly Perfume penetrates the real world of intelligence-gathering to reveal its secret subculture, with its hidden loyalties and agendas. Gordon Thomas has imagined a world so terrifyingly real that it poses the question, Is it imagined at all?   “[A] horribly convincing thriller . . . Intelligence agent David Morton deals with the psychodynamics of terrorism, with modern technology at his fingertips and the ears of Western politicians at his command. I was left hoping that we have some real Mortons at our disposal.” —Daily Mail