On the Death of the Pilgrim: The Postcolonial Hermeneutics of Jarava Lal Mehta 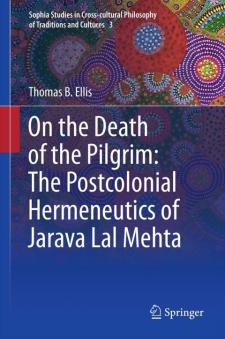 This searching examination of the life and philosophy of the twentieth-century Indian intellectual Jarava Lal Mehta details, among other things, his engagement with the oeuvres of Martin Heidegger, Hans-Georg Gadamer, and Jacques Derrida. It shows how Mehta's sense of cross-cultural philosophy and religious thought were affected by these engagements, and maps the two key contributions Mehta made to the sum of human ideas. First, Mehta outlined what the author dubs a 'postcolonial hermeneutics' that uses the 'ethnotrope' of the pilgrim to challenge the philosophical hermeneutic emphasis on supplementation and augmentation. For Mehta, the hermeneutic encounter ruptures, rather than supplements, the self. Secondly, Mehta extended this concept of hermeneutics to interrogate the Hindu tradition, arriving at the concept of the 'negative messianic'. In contrast to Derrida's emphasis on the 'one to come', Mehta shows how the Hindu bhakti model represents the very opposite, that is, the 'withdrawn other,' identifying thereby the ethical pitfalls of deconstructivism's emphasis on the messianic tradition. This is the only full-length study in English of this high-profile Hindu philosopher.