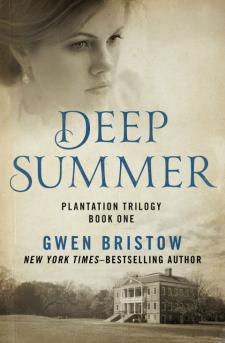 The New York Timesbestselling author of Jubilee Trail does ';a grand job of storytelling' in this saga of pioneers who settled the Louisiana wilderness (The New York Times). For his service in the king's army during the French and Indian War, Judith Sheramy's father, a Puritan New Englander, is granted a parcel of land in far-off Louisiana. As the family ventures down the Mississippi to make a new home in the wilderness, Judith meets Philip Larne, an adventurer who travels in the finest clothes Judith has ever seen. He is a rogue, a killer, and a thiefand the first thing he steals is Judith's heart. Three thousand acres of untamed jungle, populated by native tribes and overrun with jaguars and pirates, await Philip in Louisiana. He and Judith will struggle through their stormy marriage and the challenges of the American Revolution as they strive to build an empire for future generations. This is the first novel in Gwen Bristow's Plantation Trilogy, which also includes The Handsome Road and This Side of Glory.