DEFA at the Crossroads of East German and International Film Culture 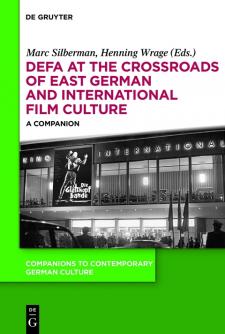 Motion picture production, distribution, exhibition and reception has always been a transnational phenomenon, yet East Germany, situated at the edge of the post-war Iron Curtain, separated by a boundary that became materialized in the Berlin Wall in 1961, resembles nothing if not an island, a protected space where film production developed under the protection of government subsidy and ideological purity. This volume proposes on the contrary that the GDR cinema was never just a monologue. Rather, its media landscape was characterized by constant dialogue, if not competition, with both the capitalist West and socialist East. These thirteen essays reshape DEFA cinema studies by exploring international networks, identifying lines of influence beyond national boundaries and recognizing genre qualities that surpass the temporal and spatial confines. The international team of film specialists present detailed analyses of over fifty films, including fiction features, adaptations of literary classics, children's films, documentaries, and examples from genres such as music, sci-fi, Westerns and crime films.