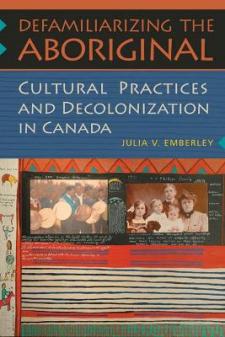 From the Canadian Indian Act to Freud's Totem and Taboo to films such as Nanook of the North, all manner of cultural artefacts have been used to create a distinction between savagery and civilization. In Defamiliarizing the Aboriginal, Julia V. Emberley examines the historical production of aboriginality in colonial cultural practices and its impact on the everyday lives of indigenous women, youth, and children. Adopting a materialist-semiotic approach, Emberley explores the ways in which representational technologies - film, photography, and print culture, including legal documents and literature - were crucial to British colonial practices. Many indigenous scholars, writers, and artists, however, have confounded these practices by deploying aboriginality as a complex and enabling sign of social, cultural, and political transformation. Emberley gives due attention to this important work, studying a wide range of topics such as race, place, and motherhood, primitivism and violence, and sexuality and global political kinships.
Her multidisciplinary approach ensures that Defamiliarizing the Aboriginal will be of interest to scholars and students of cultural studies, indigenous studies, women's studies, postcolonial and colonial studies, literature, and film.