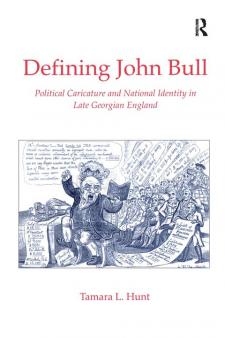 Late Georgian England was a period of great social and political change, yet whether this was for good or for ill was by no means clear to many Britons. In such an era of innovation and revolution, Britons faced the task of deciding which ideals, goals and attitudes most closely fitted their own conception of the nation for which they struggled and fought; the controversies of the era thus forced ordinary people to define an identity that they believed embodied the ideal of 'Britishness' to which they could adhere in this period of uncertainty. Defining John Bull demonstrates that caricature played a vital role in this redefinition of what it meant to be British. During the reign of George III, the public's increasing interest in political controversies meant that satirists turned their attention to the individuals and issues involved. Since this long reign was marked by political crises, both foreign and domestic, caricaturists responded with an outpouring of work that led the era to be called the 'golden age' of caricature. Thus, many and varied prints, produced in response to public demands and sensitive to public attitudes, provide more than simply a record of what interested Britons during the late Georgian era. In the face of domestic and foreign challenges that threatened to shake the very foundations of existing social and political structures, the public struggled to identify those ideals, qualities and characteristics that seemed to form the basis of British society and culture, and that were the bedrock upon which the British polity rested. During the course of this debate, the iconography used to depict it in graphic satire changed to reflect shifts in or the redefinition of existing ideals. Thus, caricature produced during the reign of George III came to visually express new concepts of Britishness.