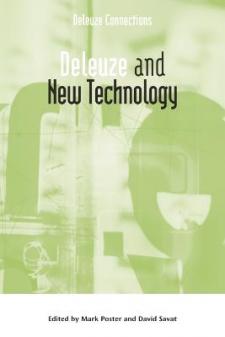 In a world where our lives are increasingly mediated by technologies it is surprising that more attention is not paid to the work of Gilles Deleuze. This is especially strange given Deleuze's often explicit focus and reliance on the machine and the technological. This volume offers readers a collective and determined effort to explore not only the usefulness of key ideas of Deleuze in thinking about our new digital and biotechnological future but, also aims to take seriously a style of thinking that negotiates between philosophy, science and art. This exciting collection of essays will be of relevance not only to scholars and students interested in the work of Deleuze but, also, to those interested in coming to terms with what might seem an increasing dominance of technology in day to day living. Contributors to this volume include: William Bogard, Abigail Bray, Ian Buchanan, Verena Conley, Ian Cook, Tauel Harper, Timothy Murray, Saul Newman, Luciana Parisi, Patricia Pisters, Mark Poster, Horst Ruthrof, David Savat, Bent Meier Sorensen and Eugene Thacker.