Democracy and Poverty in Chile 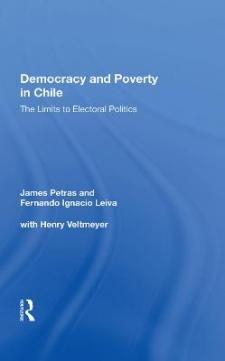 The critical issues concerning the development of a substantial and enduring democracy in Chile are those of strengthening civil society, democratizing the permanent institutions of the state, and building an economy geared to effectively satisfy human needs. In this book, the authors offer a critique of the Chilean transition and of the Aylwin electoral regime, analyzing the linkage between political compromises made prior to the civilians' assumption of power and the choice of socioeconomic policy in the post-electoral period. They argue that the decisive factor underlying the Chilean transition is the contrast between the legal-political changes and socioeconomic and institutional continuities, a contrast that perpetuates the vast inequalities of wealth and power generated under Pinochet's sixteen-year-old military dictatorship. They also challenge the myth of the aEUROoeChilean miracleaEURO-the purported success of neoliberal policies in promoting sustained growth and social justice-and therefore in laying the basis for long-term social harmony and enduring political stability.