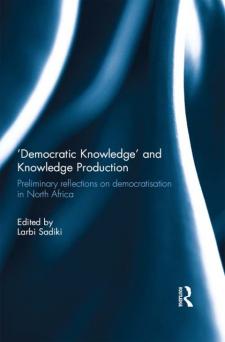 Sudden change in North Africa manifested through popular protests followed by the end of authoritarian regimes in Tunisia, Egypt and Libya revitalised the scholarly concern with democracy in the region. Democratisation and democracy received fresh attention in the 'Arab Spring'. Arab citizens displayed their grasp and possession of 'democratic knowledge' in a bottom-up groundswell of activism against the wielding of power by authoritarian regimes. In this book, the investigation into democratic knowledge revolves around the idea that good government must be in the first instance rooted in a local system of knowledge. However, no privileging of the 'local' is offered here at the expense of the 'democratic'. Each chapter illustrates the context-specific experiences which provide political actors with the wherewithal in actively learning democracy. The countries examined with reference to a socially constructed democratic knowledge include Algeria, Libya, Morocco, Tunisia and Egypt. Critical focus on local agency in North Africa during the 'Arab Spring' enables a shift from democratisation as an ideology to a 'democratic learning turn'. This book was originally published as a special issue of the Journal of North African Studies.