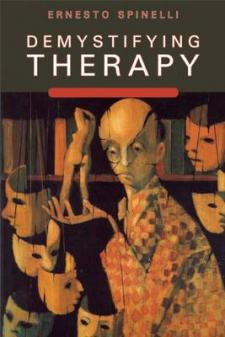 Originally published by Constable in 1994, PCCS Books is delighted to be re-issuing this still popular and very well-received book. During the last decade, as public awareness of the role of therapy has increased, so too has criticism of specific approaches to therapeutic practice. In this book, Dr Spinelli examines the assumptions of his profession. He argues that in seeking to cure, heal, educate, free and change the client, in seeking to promote 'mental health', psychotherapists and counsellors not only end up abusing their clients and themselves but they also succeed in setting themselves impossible tasks and goals which actually impede the therapeutic process. Through his critique, Spinelli demystifies therapists' language and theories. He argues that key areas of the client-therapist relationship have been neglected and, using case material from his own practice, explores in full the way in which therapists should engage with and listen to their clients in order to be of help.Over the years, Spinelli has become increasingly aware of the philosophical naivete of many therapists - their unnecessary and artificial reliance on 'techniques' and their abuse of the power bestowed on them in the therapeutic relationship.